Tim O’Toole was not sad to see what was known as the bubble roof removed from a building at the Oklahoma State Fairgrounds in 2005. The renovation and new solid roof on the former International Building – now the Cox Pavilion – was the first project to not only spruce up the fairgrounds, but to ensure the equine business did not go elsewhere. That project cost $2.25 million. 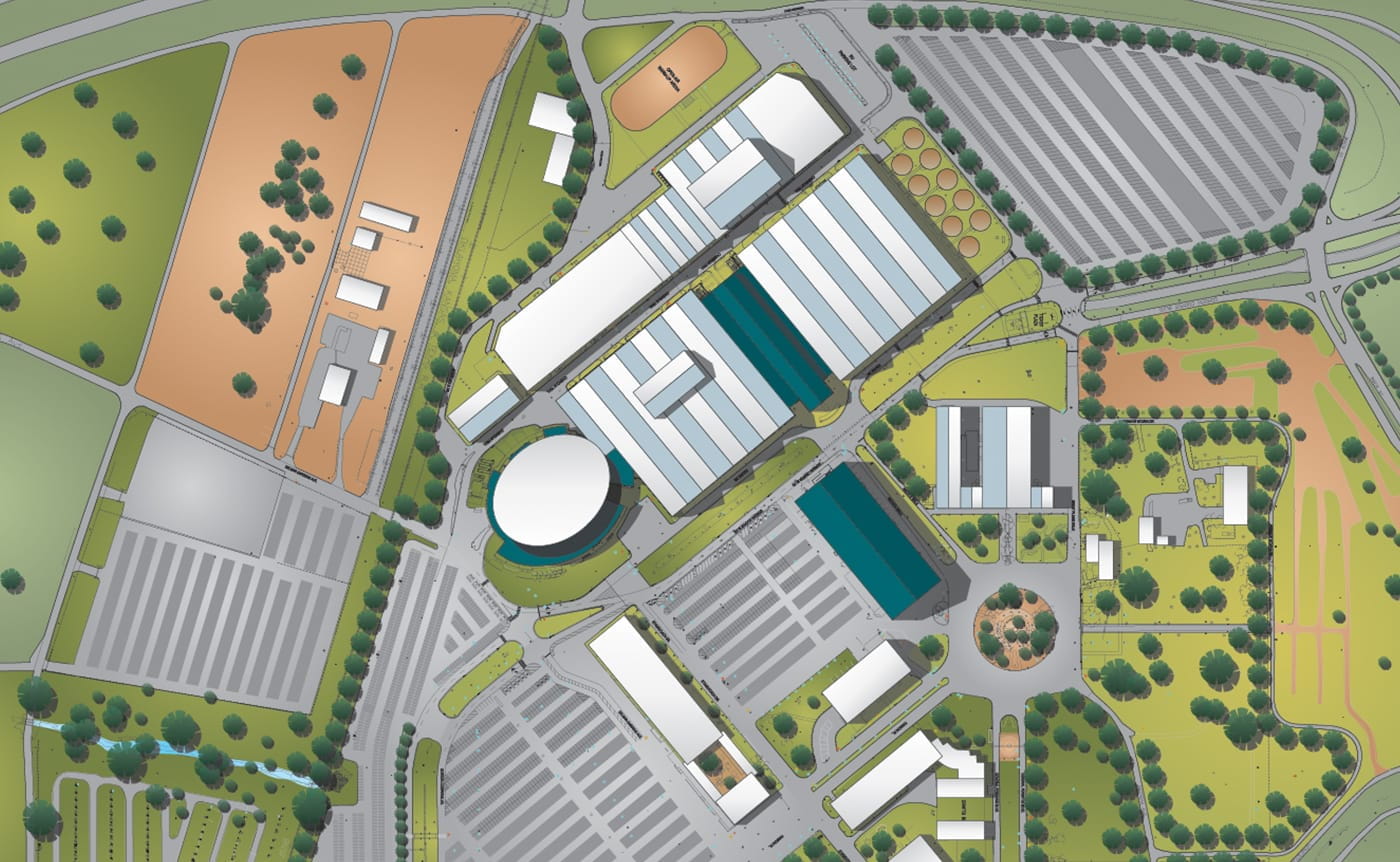 The final price tag includes about $55 million in renovations and new projects generated from a hotel and motel tax measure passed by voters in 2004. Outdated barns and equine amenities topped the list, but an evaluation of the fairgrounds as a whole became integral to the project. Many of the exhibit buildings at the fairgrounds were built in the 1950s and 1960s.

“We do maintenance and repair on them but you’re always behind the curve when you’re dealing with old buildings,” said O’Toole, president and general manger of the Oklahoma State Fair.

The State Fair generally runs about two weeks each year, but the buildings are in use for events year-round.

The last time the state fairgrounds received any major funds for renovation was with the passage of MAPS in the early 1990s. MAPS injected about $13.5 million into the fairgrounds. “Thirteen million dollars in capital improvements in a 30- or 40-year period of time is not much money,” O’Toole said. With the passage of the hotel and motel tax, Oklahoma City architecture and engineering firm Frankfurt Short Bruza came on board as program coordinator.

To date, the firm has overseen the renovation of the Cox Pavilion, and extensive work on the barns and equine buildings. Work began on the barns in 2005 and is set to be complete in about two years. Frankfurt Short Bruza first worked for the state fair by designing the Centennial Building in the 1950s and then again during the MAPS work.

“The master plan was really to address the entire grounds,” said Fred Schmidt, principal and partner at FSB. “We were looking at creating a new image all the way from the outside in.”

Schmidt said it was important to fix-up the Cox Pavilion and add the new roof so the building could be used as additional space. That building was constructed in 1984. “It looked like an inflated pillow,” he said of the “bubble roof.” “It was not energy-efficient and if you had any holes in the top, it would leak.” O’Toole said he is relived to have the bubble roof gone, saying it cost a bundle to heat and cool.

“It was a very efficient form of construction,” O’Toole said. “But as it turns out in the years that followed it wasn’t a very energy-efficient building.”

Other early projects included razing the former All Sports Stadium to provide ample parking for recreational vehicles and trailers associated with visiting horse shows. Gordon Cooper Boulevard was also realigned in 2006, and storm drains, lighting and landscaping were added.

“This is probably the most prominent pedestrian mall on the fairgrounds,” Schmidt said. O’Toole and the FSB team are exploring options to renovate existing buildings and add more structures. One of those existing buildings is the Jim Norick State Fair Arena, which is connected to the barns, but dated and crumbling in parts.

“We have on the drawing board the ongoing renovation of the Norick Arena with a new interior lighting system and some lobby enhancements,” O’Toole said.

And if a MAPS III project comes to fruition, O’Toole would like to see funds to further improve the fairgrounds, and look at building a 300,000-square-foot, single-exhibit building. Schmidt said any projects must be mindful of the schedule for the fair and other major events, which usually reduces renovation work to about nine months out of the year.

“We’ve only been able to complete a couple of major projects a year,” Schmidt said. “That’s why this has been a phased operation.” The renovation of the final two barns is set for completion in 2010.

“The next step is to move across Gordon Cooper Drive and begin to address the remainder of the fairgrounds and particularly the exhibit buildings,” Schmidt said.