The Oklahoma Capitol building is a living piece of state history.

It’s also a functioning public office building and gathering space. The 100-year old building’s mechanical systems had reached a critical point of disrepair when, in 2014, the legislature and Gov. Mary Fallin initiated a restoration for the building that would include modernizing its heating, cooling and lighting systems.

“Almost everything communicates through wi-fi now,” FSB Principal Brian Sauer said. “I can’t think of a recent building of any scale bigger than a house that didn’t have some level of building automation. Customizable, low voltage systems are a particularly perfect fit for the Capitol, where four months out of the year the building is full most of the time for the legislative session, and the other eight months people are coming and going.”

Intelligent building systems, wireless features that can be programmed, can “talk to each other” via an internet connection and can be controlled from a central location, which will bring many mechanical and electrical improvements to the historic building. These systems have been evolving over the past decade, and thanks to the increasing compatibility and decreasing price for key components like LED lights, they are now more accessible than ever. They offer major advantages, including more control and long-term savings on energy, maintenance and operations.

To create a comfortable, functional environment now and into the future, the Capitol’s state-of-the-art building automation system will incorporate lighting controls, HVAC controls, elevator controls and even the monitoring of fire alarm and fire protection systems into one central “brain” that communicates with each component. This “brain” allowed FSB to find some creative opportunities to connect systems and share information. 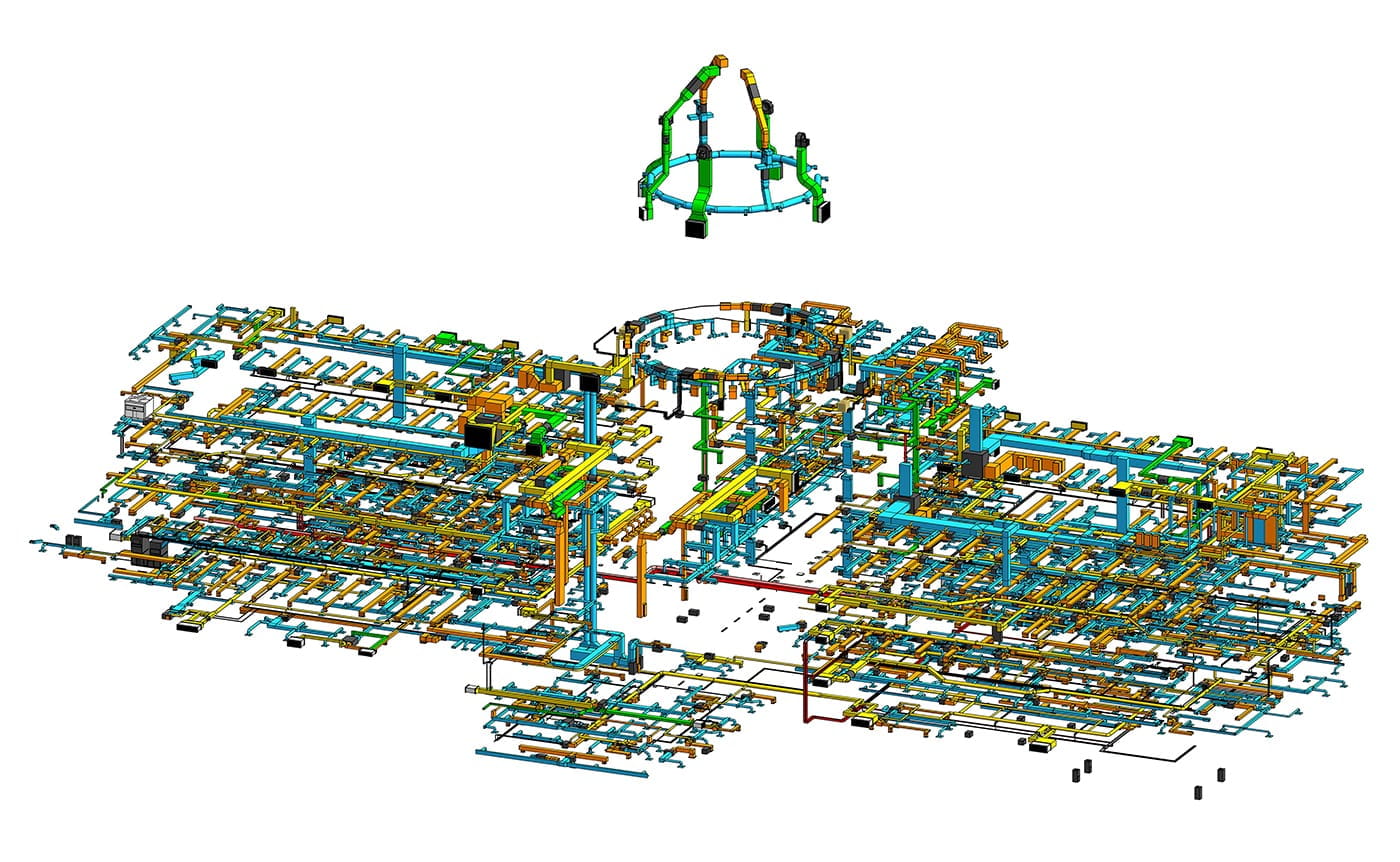 For example, the Capitol’s lighting system will feature occupancy sensors to automatically light rooms only when motion is detected — a relatively common feature in modern workspaces. Less common, however, is the capability to control temperature room-to-room based on occupancy. In fact, FSB Senior Electrical Engineer Pat McCarty said it’s a feature that few other buildings currently include.

“When it’s warm out and our sensors detect that committee meeting room or representative’s office is vacant, the building maintenance staff might program the HVAC system to raise the temperature to an unoccupied condition, say from 74 degrees to 78 degrees,” McCarty said.

At the Capitol, building operations are handled by the Office of Management and Enterprise Services (OMES). Once the renovation is complete, the OMES Capitol maintenance staff will be able to program the building to warm up or cool down each morning an hour before staffers begin arriving to their offices during legislative session. When the sunlight is filtering through and office window, a sensor will detect the natural light and communicate with the office’s LED’s to automatically lower their brightness. This all adds up to reduced energy consumption and a more comfortable working environment.

In order to integrate electrical systems like lighting with mechanical systems like HVAC, particularly in an important historical building, Sauer said coordination across architecture and engineering disciplines needs to be happening constantly.

“To properly control climate and humidity, we need a sensor on every floor of the rotunda, a beautiful open space in the Capitol,” Sauer said. “Obviously we’re not going to just stick a standard thermostat on the wall. So, we’re working with architects to explore different temperature sensing devices that can be used, and they are helping us figure out how to hide them within the building. That doesn’t come together when you don’t all work in the same office. You end up with a thermostat in the rotunda!”

As a public project, cost was a key consideration. At the Capitol, intelligent building systems turned out to be most cost effective for taxpayers long term. In fact, the investment in these low-voltage systems will pay back in fewer than five years when energy savings and OG&E rebates are considered, Sauer said. Energy savings will total several million dollars. Further savings will be attained in the form of reduced maintenance costs. All new building automation systems have the capability of being accessed through mobile devices for enhanced maintenance and operations.

“Having single points of access, rather than walking to a closet in the building to see what’s going on, ends up saving time,” McCarty said. “Wireless technology has made incorporating and installing this type of technology much more practical. The renovation presented our team with an incredible opportunity to bring the latest advancements in mechanical and electrical systems and to set the stage for efficiency and customization in the future.”

To learn more intelligent building systems for your next project, contact Brian Sauer, FSB Principal, at infratech@fsb-ae.com or directly at 405.840.2931