“Living on the edge” and “chilling out” may appear to be opposite concepts, but they blend exceptionally well when it comes to the design of modern-day data centers. How so? It’s a logical evolution that’s being triggered by the IT industry’s ongoing shift from cloud-based data storage back to localized data centers. Known as “edge computing,” the change is occurring because information can be retrieved more swiftly and reliably from local centers than from the cloud, with fewer chances of data being compromised.

Where edge meets chill is in the design of modern data centers, which must be cold enough to maintain computer server integrity, yet cost-efficient enough to make them practical, said Brian Sauer, FSB Principal.

A number of innovative new HVAC and building technologies are making it possible to fulfill both needs, especially since many data centers are by necessity retrofitted into an existing space.

“Independent data centers are definitely on the increase, but we’re also seeing more and more companies asking to retrofit an existing space when they remove part of their data storage from the cloud,” Sauer said. “It’s simple economics — companies don’t want the expense of constructing and operating a new building to accommodate a space that may only need 1,000 square feet.”

Neutralizing the ‘energy hogs’
Whether they’re freestanding or retrofitted, data centers have a well-deserved reputation for running up huge utility bills, due to their 24/7 operation and the need for a cold environment to protect the integrity of the servers within. Fortunately, new design technology addresses these challenges very effectively, resulting in greater energy efficiency, improved Power Usage Effectiveness (PUE) and lower operating costs, Sauer said.

Traditional data center designs have utilized a raised floor and perimeter-based computer room air conditioning (CRAC) systems, with intermingled power cabling and refrigerated air located underneath designated server racks. It’s still the go-to design for many of these facilities, but it can be impractical for clients who are converting an existing room with limited floor-to-floor height and insufficient space to construct ramps up to a raised floor. 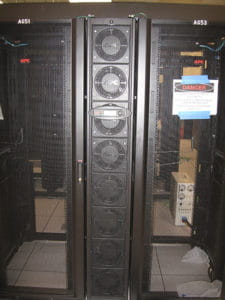 To resolve this problem, several HVAC technologies exist that are suitable for these applications. In-row cooling systems, such as Liebert XD, CRD and APC InRow RC, place cooling systems between the server racks, eliminating the need for a raised floor. FSB has used this system on multiple projects such as a major data center for long-time client The Hertz Company, Sauer noted.

Also gaining in popularity is an overhead version of the same technology, known as Liebert XDO, which installs cooling equipment above the server racks. “This is ideal when lack of space is an issue, because it occupies very little floor space in your existing facility,” Sauer said. This highly-effective solution can be seen in projects such as a new data center designed by FSB for Oklahoma’s Office of Management and Enterprise Services, which supervises all state-owned buildings. 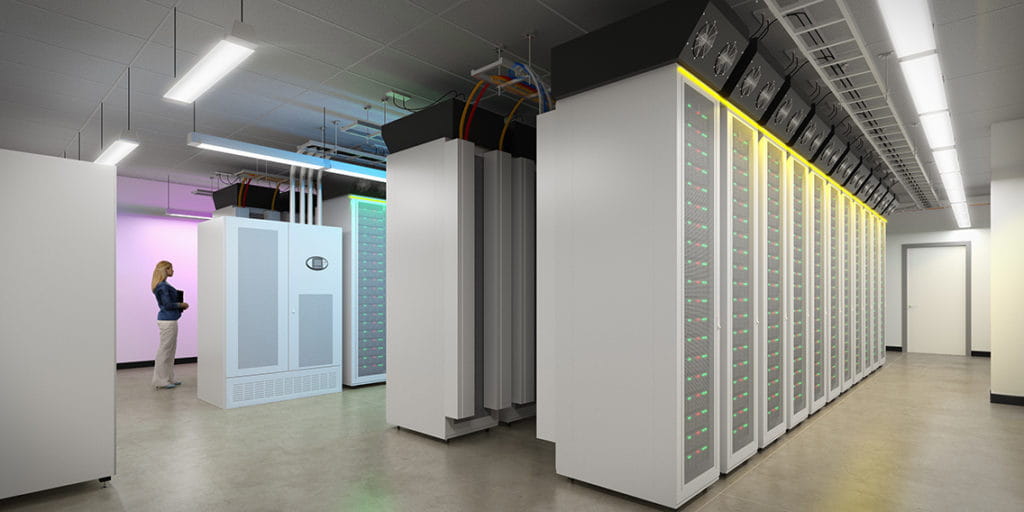 In situations where a company has a small server room that requires precise cooling and humidity control with a zero footprint, a good option is use of ceiling-mounted CRACs, such as the Liebert Mini-Mate. “These are overhead unitary systems with optional ducted condensers, and they also provide a great solution when you want to install condensers indoors to protect them against tornadoes,” FSB Associate Principal Aaron Campbell said. “These systems offer the benefits of precision cooling without taking up floor space or requiring equipment to be placed exterior to the building envelope.”

When space constraints are not an issue, another state-of-the-art design option also allows for major energy savings. A raised, two-level interstitial flooring system can be used, in which the power cables are confined to one level, while a lower level contains the circulating chilled air necessary to keep the servers at optimum operating temperature. Traditionally, these cables and air have been combined into a single area beneath the servers. By separating into two levels, employees can remove tiles to work on the cabling as needed, without dissipating the chilled air. This simple design tweak will provide major operating cost savings over the life of the facility. 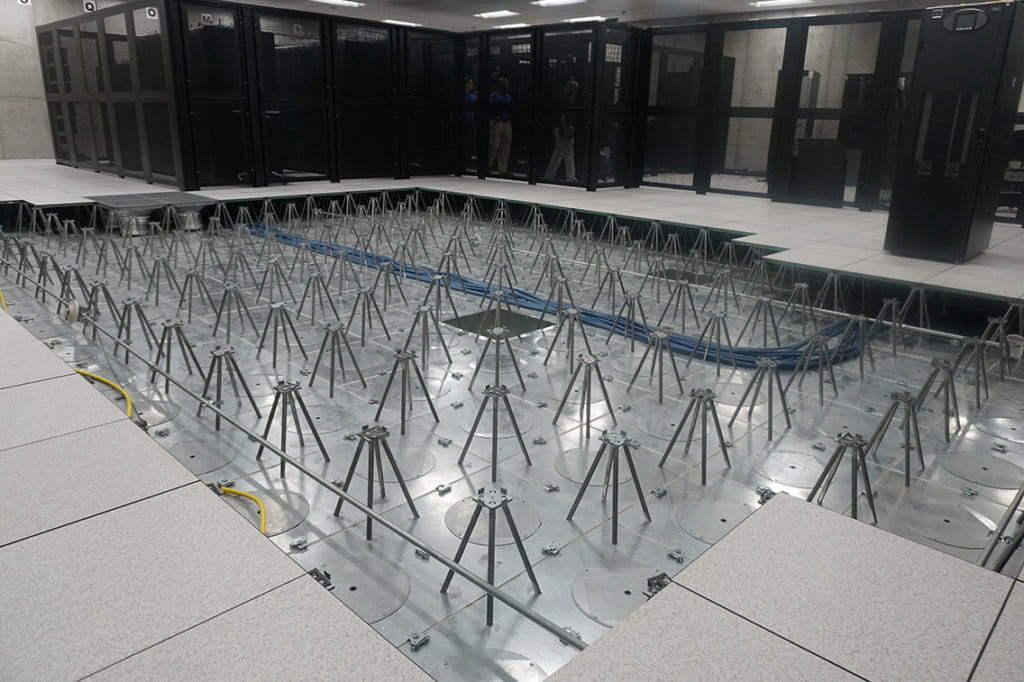 FSB is nearing completion of a new center for MIDCON Data Recovery Service which utilizes this design, along with Liebert DSE, the latest generation of economizing equipment. Liebert’s economization system is designed specifically for data centers, and it works by using a pumped refrigerant-free cooling system when outdoor temperatures are mild. Compared to traditional CRAC systems, Liebert’s technology reduces annual HVAC consumption by approximately 25%, with initial investment costs recovered in less than three years.

New technology = new standards.
Going hand-in-hand with new technology is an updated “Energy Standard for Data Centers,” issued by ASHRAE in 2016, which features a flexible, performance-based approach to data center design. ASHRAE Standard 90.4-2016 establishes minimum efficiency requirements for design and construction. FSB’s award-winning architects and engineers have consistently been on the forefront of data center design, and are producing facilities which are in full compliance with the requirements of this new standard, he said.

“This updated ASHRAE standard directly relates to energy efficiency, which has been steadily rising in importance,” Campbell said. “Twenty years ago most companies just wanted their data center to be as cold as possible to protect server integrity, with no concern for energy consumption. But with the rising cost of energy and the emergence of new efficiency standards for these centers, that has changed.”

To learn more about cost-efficient data center design and how it can benefit your company, contact Aaron Campbell, FSB Infrastructure & Technology Market Associate Principal, at infratech@fsb-ae.com or 405-840-2931.