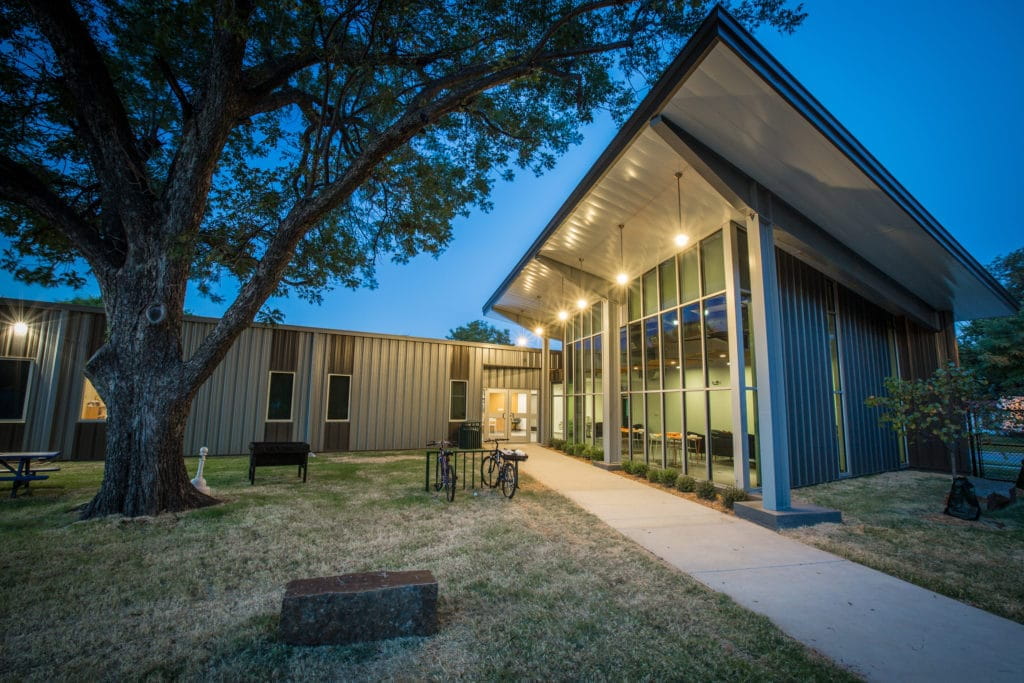 The numbers are staggering. On any given night, about 300 people are living on the street in Oklahoma City. Sadly, a number of these individuals are considered chronically homeless. They’ve lived a difficult life on the street, in some cases more than a decade. Many struggle with mental illness or addiction, and some are veterans affected by post-traumatic stress disorder.

The Homeless Alliance is a nonprofit in Oklahoma City working to end long-term homelessness. The organization’s passionate executive director, Dan Straughan, said he is confident the organization’s new housing center represents a huge step in the right direction. And, he says he knows the new center is already saving lives.

“We’ve figured out what any five-year-old could have told us if asked about the answer to homelessness,” Straughan said. “They would say ‘It’s houses right?’ And that is right, the answer is providing a broad array of housing options that fit the diverse needs of the population you’re trying to serve.”

When The Homeless Alliance began the search for the right architecture and engineering firm to design affordable housing on its WestTown campus near downtown Oklahoma City, they were looking for a team that understood the issue and wanted to join the push to eradicate homelessness in Oklahoma City. The firm had to have an inherent respect for the homeless, and a desire to build an uplifting center where residents would have easy access to counseling, health care, meals and many other resources, Straughan noted.

“We took presentations from several different architecture firms. FSB’s presentation was brief and in the rest of the allotted time they wanted us to tell them what we wanted. That was not what the other presenters did,” Straughan said. “Through the course of working through the design, FSB was very attentive to the specialized needs that a nonprofit has. FSB was really creative about helping us find ways to keep ongoing maintenance and operating costs really low, which was a big deal to us.”

In what Straughan describes as a two-way education process, the Homeless Alliance outlined the unique elements a housing center for the recently homeless should include. FSB responded with a practical and bright design that resembles a college dorm, with 20 single occupancy 250-square-foot rooms and a large community living area featuring floor-to-ceiling windows and a soaring roof to maximize natural light and inspire interaction.

The housing center, open since September, incorporates geothermal energy to cut long-term energy costs, and is finished with durable fixtures that are inexpensive to replace.

“It’s very simple, but functional industrial architecture,” said Rob Brown, FSB architect for the project. “We used pre-engineered metal structures as a starting point, which are durable and helped us keep construction costs low. The idea was to adapt that type of building system into something that was more architectural.”

For FSB, designing buildings for nonprofits brings a sense of professional and personal fulfillment, particularly when architects can see their work as contributing to saving lives, said John Osborne, an FSB architect who served as the director of design for the YWCA’s Thelma Gaylord Emergency Shelter for women and children experiencing domestic abuse. Prior to September 2015, when the new shelter opened, the YWCA was using a converted motel that was too small, lacked adequate security and had not been updated since the late 80s.

“Now they have additional security features including a privacy fence, as well as two layers of security gates to prevent cars from driving onto the property without permission,” Osborne said. “This new shelter almost doubles the capacity of the previous facility and includes more counseling and advocacy space.” 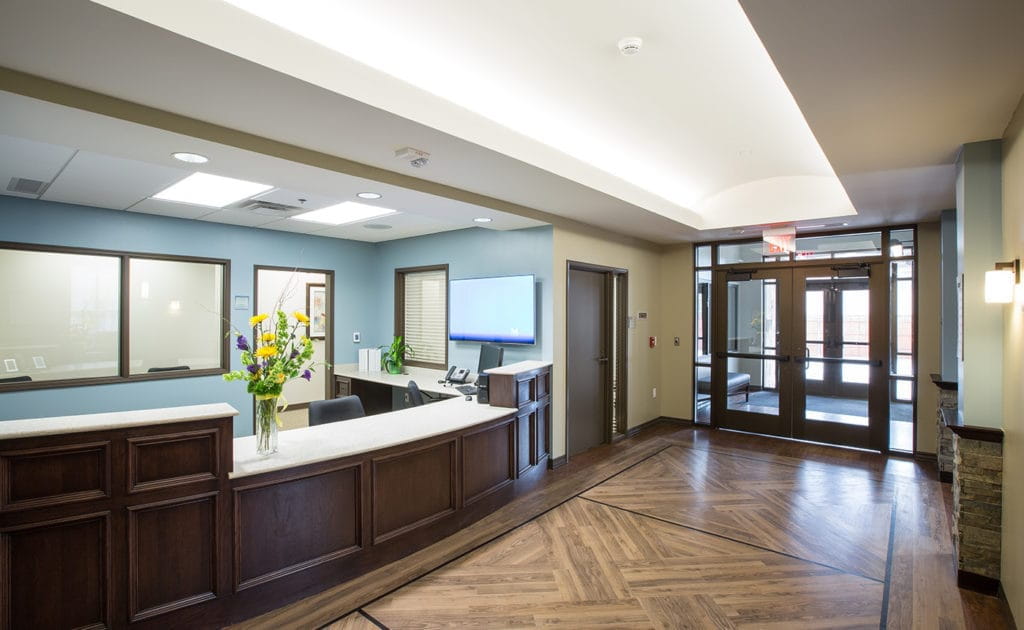 YWCA CEO Jan Peery, said Oklahoma currently ranks sixth in the nation for women killed by men and that, in domestic violence situations, shelters are the closest thing a community has to homicide prevention. The Thelma Gaylord emergency shelter is the only certified women’s shelter in the county and serves about one fourth of the state’s total population.

“FSB have been partners and supported us for many years, so they were familiar with our work and the trauma that is part of the journey for our clients,” Peery said. “The environment itself creates a sense of peace and healing and that is critical when you are working with individuals traumatized by violence. It’s everything from the intercoms in the rooms to the wide corridors. People need to feel safe because only after this can they finally let their guard down and actually start absorbing some of the therapeutic services we have to offer to help them.”

In the months since the shelter has opened its doors, Peery said she’s already seen the facility playing a role in the recovery process for clients. A playground in the central courtyard provides a safe, protected space for children. Their mothers can receive advocacy and case management while maintaining a direct line of sight through a window into the children’s activity area. The emergency shelter is all at once strong fortress and a restorative temporary home.

“For me, working on this project brought tremendous personal fulfilment knowing I used my skills as an architect to provide a protective, respectful space for women and their children to find safety and support,” Osborne said.

“During the last 30 years working in the domestic violence movement I have toured more than 200 domestic violence shelters, homeless shelters, and transitional housing facilities across the United States. The design, functionality, and aesthetics of the YWCA’s new shelter in Oklahoma City puts it in a category of ONE, said Casey Guinn, President, Alliance for HOPE International. Frankfurt Short Bruza’s work created the most impressive housing facility I have ever seen. The YWCA’s facility speaks life, honor, respect and hope into the lives of survivors and their children as soon as they enter its doors. The passion and giftedness of the architectural team allowed them to take the values of the domestic violence prevention movement and integrate them into the actual layout, design, and flow of the shelter in a way that will produce hope and healing for thousands of survivors for decades.” Congratulations on a job well done.”