During the dedication event, soldiers, donors, volunteers and state military leaders will tour the completed chapel for the first time.

Announced in September, the project aimed to establish a spiritual center at Camp Gruber for the Oklahoma National Guard and other military service members and their families.

Private donations and volunteers under the direction of Fallin were the driving forces behind construction of the chapel.

Camp Gruber has not had a chapel since 1947.

The new chapel includes chaplain offices and a fellowship hall, which will help broaden its services to include weddings, family events and community activities.

The chapel was designed by Glenn Short, principal architect for Frankfurt-Short-Bruza Associates.

A majority of the construction work was done in November, when hundreds of volunteers worked to erect the chapel structure in just 16 days.

The construction effort also included World Mission Builders, the Southern Baptist General Convention and other groups across the state. 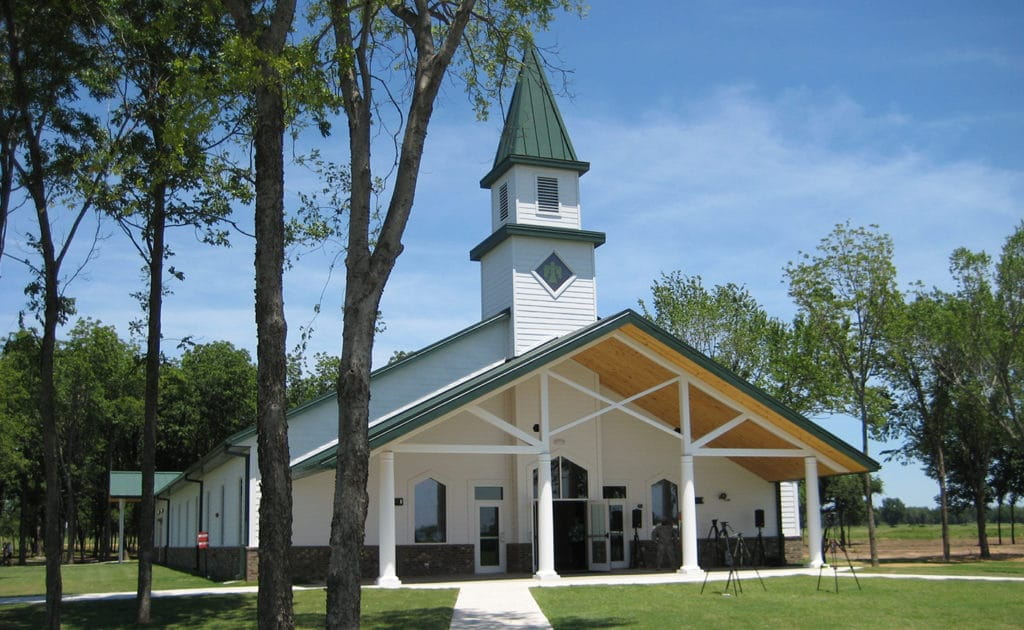 In addition to the chapel building, a memorial garden is being planned, with an estimated cost of $100,000, to recognize Oklahoma National Guard soldiers.

For more information or to donate to the effort, go to www.campgruberchapel.org.