The holiday season is a time for giving and for the fifth straight year, Frankfurt Short Bruza (FSB), an Oklahoma City-based architecture and engineering firm, is doing its part by helping the families of local U.S. military reservists and guard members.  Each year, FSB adopts several families through a local organization called Operation Holiday Spirit.

Founded in 1999, Operation Holiday Spirit is an annual community project that assists military families based at Tinker Air Force Base. “This is a wonderful opportunity for our employees to honor local heroes and their families,” said Linda Phillips, FSB project manager. “We’re thankful for the service and sacrifice of our nation’s military members, and are grateful to have an opportunity to support them and their families during the holiday season.” 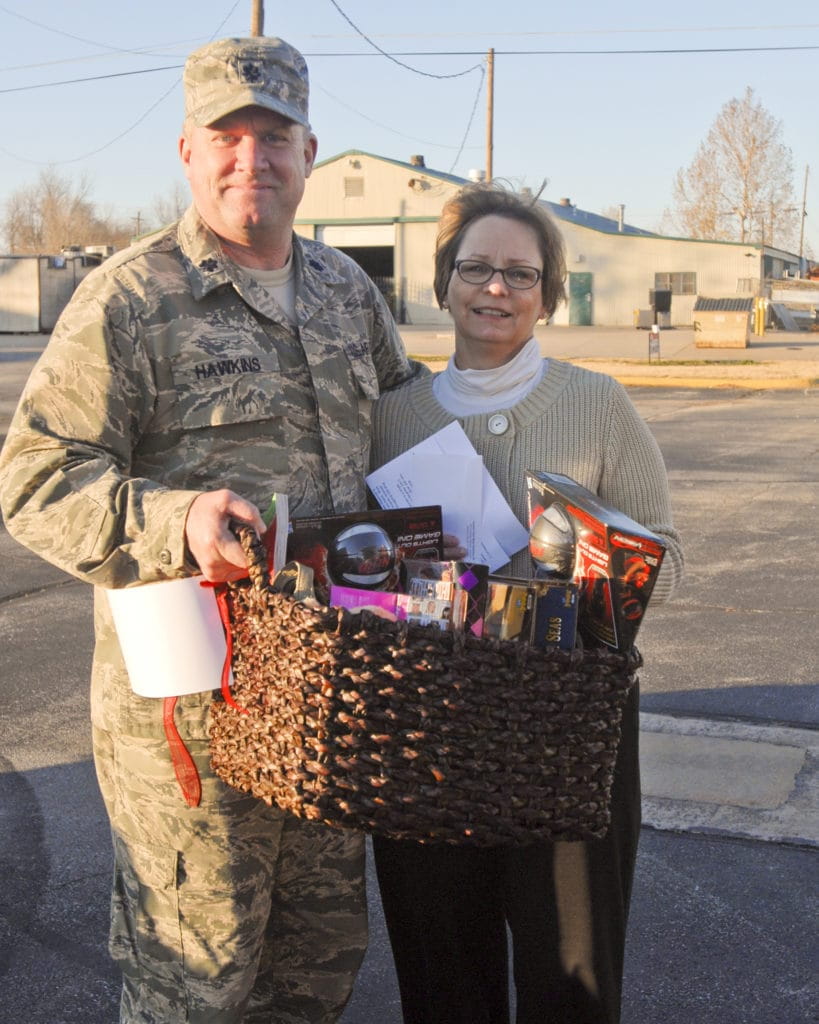 Looking for a way to help local military families, FSB relied on a contact at Tinker to put them in touch with Lt. Col. Ralph Hawkins who heads Operation Holiday Spirit.  “FSB became involved in this program because we were looking for a way to give back to the military families who had sacrificed so much during difficult times,” Phillips said. “We had finished designing a hangar for the 507th Air Refueling Wing based at Tinker when we discovered the great work being done by Operation Holiday Spirit.”

Since 2008, FSB has collected more than $9,200, along with gifts, food baskets and gift cards, which has directly helped 22 families. FSB employees also contribute to Operation Holiday Spirit’s Annual Steak Supper fundraiser by securing donations from vendors and retailers, and managing the event’s silent auction.